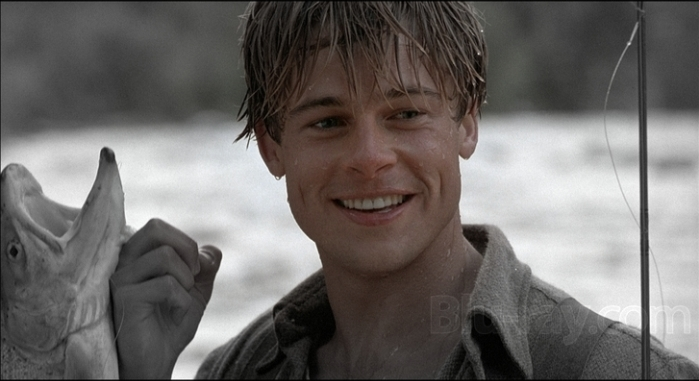 Social Media has had a profound impact on both our personal and professional lives.

As well as connecting you 24/7 to your friends and family, it promises unprecedented access to your target market and with it an ability to grow your business, with an ease and efficiency you never thought possible.

The question is can the likes of Facebook et al, really live up to the hype in the world of B2B product and service provision?

If you read the abundance of literature available on the subject, the answer is almost certainly yes.

The reality, however, can be a somewhat mixed bag.

While some companies appear to thrive, many others are putting in an incredible effort, only to come away empty handed and not really understand why.

If you are tired of putting in the hours, only to get nada in return, it might be time to look at social media differently.

It’s a Problem of Perception

For me, the root of the problem is the term Social Media, which leads many people to believe that it’s just like traditional media, when in fact it isn’t.

When you approach social media as if it were traditional media, you can be seduced into thinking that the same sales and marketing rules apply. When, the reality is, they don’t.

Why Social Platforms are Not Media

Although certainly social, social media is not media…

At least not in the traditional sense.

Typically, traditional media is a group of entities that are driven by an owner who has full editorial control over the content creation. The content is specifically chosen to attract a designated audience who congregate around it because of their personal values, tastes and interests.

While the audience can influence editorial direction, they have little to no say over what makes the final cut and don’t expect to do so.

Critically, there’s separation between audience and platform. This ensures the audience has no ownership over the decisions that are made or the direction it goes in.

While the platform has an owner, the editorial control is firmly in the hands of the user. Rather than directing the content creation, Facebook et al provide a personal space for the user to fill with content (hence media) and enables connection and interaction between users (hence social).

The balance of power is different on social platforms. The user feels like they own the space.  That it’s, in effect, theirs and they therefore have (or at least should have) full control over what happens in their bit.

And it’s this balance of power that is the key to why social platforms are not great sales and marketing channels.

Why Social Platforms are Not Like Traditional Sales and Marketing Channels

Traditional media to a certain extent owns their audience and have ensured they’ve got their permission before sending any sales or marketing communications.

A newspaper for instance gains opt in for presenting adverts when a person buys the newspaper. It’s like an unwritten contract.

It’s the same for TV and radio. Here the unwritten contract is, we give you great programming for free but as part of the bargain, you have to watch some short sponsored films.

Online media gains permission by asking subscribers to tick boxes that opt them in for promotions.

Because the user feels like they own the space, inevitably they’re far less tolerant of brand invasion. In fact, some might say, they are extremely intolerant of it.

In his open letter to Facebook’s owner, Mark Zuckerberg, Chris Chan describes his disappointment at the platforms blatant disregard of its users’ privacy.

To date the article has had over half a million views, over 4,000 likes and garnered nearly 2,000 comments on Linkedin alone, many echoing his sentiments.

Why Social Platforms are Not Broadcast Channels

Traditional media has always been seen as an efficient broadcast medium for brands to distribute sales and marketing messages because it offers a large, engaged and mostly passive audience.

TV and Radio in particular have been especially effective marketing channels in the past because they’re driven by scheduled programming that ensures a measurable mass audience will be present to view the brand’s promotion.

While there’s evidence that its effectiveness is in decline, there’s no denying that traditional broadcast media continues to deliver engaged audiences in the millions.

Social platforms, once again, is different.

Although users number in their millions and there are opportunities for them to congregate in groups, people on social platforms mostly operate as individuals and not as an audience.

When they’re not curating their own spaces, they’re checking out other spaces according to their own schedule and not one enforced by the platform owner.

You could argue that brands are successfully building their own audiences on social platforms and that they can then effectively engage that audience with brand messages. While this makes sense logically, in practice it’s not delivering on the promise.

In a recent interview, social media specialist, Richard Stacy, who regularly writes for the Huffington Post, revealed that the average engagement rate on a corporate Facebook page in March 2014 was 0.21%. This is a stunningly low number.

And it’s not just Facebook. There’s also clear evidence that Twitter is a poor broadcast channel. I haven’t seen any figures for Linkedin but it wouldn’t surprise me if the engagement figures were just as low for broadcast type activities.

Why Social Media is Worth It

You might think that I’m anti-social media. Nothing could be further from the truth. I personally believe that social platforms offer an incredible amount of potential to people who want to grow their businesses.

The question is, if you can’t approach them like traditional media platforms, how can you use them to build pipeline?

The key is to first align your expectations with what the platform can do for you and then set targets in line with those expectations.

Using social media is not like taking out a trawler to fish. You can’t expect to come back with a massive haul every time you go out. It’s more like fly fishing.

It takes understanding, skill and a fair bit of time and effort. But once you make that effort you can expect a steady stream of great catches.

With that in mind there are 5 things social platforms do extremely well:

The key here is to make sure you are on the right social platform. It’s not just about who is on the platform but also how they use it.

If you want to connect with Marketing Directors, it’s likely you’ll find people with that job role on both Facebook and Linkedin. However, when you consider the way Linkedin and Facebook are used, which do you think will be the most appropriate environment to build a business relationship?

As a research tool, social platforms are incredibly powerful. Never has there been as good an opportunity to gather useful information on your target market.

Not just in terms of identifying people who will make good prospects but in understanding what they want and why they are not getting it.

When you take the time to get under the skin of your prospect, you will be able to finding hooks for engaging their interest in you.

Social platforms are not another cold email database. While they can certainly be used this way, users do not want another inbox full of spam. The rule I follow is, if I haven’t had permission to do something, don’t do it.

Each social platform offers a number of ways to engage with your target market in a personal and personalised way.

You don’t have the luxury of quickly throwing up a profile and hoping it’s good enough. Your prospects will make their mind up about you long before they pick up the phone or return your email.

Having both a personal and business profile that demonstrates your credibility and ability is an absolute must have.

While social platforms are certainly powerful tools, it’s important that you take ownership of the relationship outside of their walls.

Remember, no matter how much freedom you are given to create your own space on a social platform, you do not own that space. It can be taken away from you at any moment. A group can be closed, the platform owner can change their terms and conditions, remove functionality or simply shut up shop.

And if you’re thinking that this could never happen, you might want to read this article that recently appeared on Forbes about the potential future or lack thereof of Google+.

(We hope you enjoyed this post and found it useful. If you did, we’d love it if you would share it with your favourite social platform below!)

This website uses cookies to improve your experience while you navigate through the website. Out of these, the cookies that are categorized as necessary are stored on your browser as they are essential for the working of basic functionalities of the website. We also use third-party cookies that help us analyze and understand how you use this website. These cookies will be stored in your browser only with your consent. You also have the option to opt-out of these cookies. But opting out of some of these cookies may affect your browsing experience.
Necessary Always Enabled
Necessary cookies are absolutely essential for the website to function properly. This category only includes cookies that ensures basic functionalities and security features of the website. These cookies do not store any personal information.
Non-necessary
Any cookies that may not be particularly necessary for the website to function and is used specifically to collect user personal data via analytics, ads, other embedded contents are termed as non-necessary cookies. It is mandatory to procure user consent prior to running these cookies on your website.
SAVE & ACCEPT