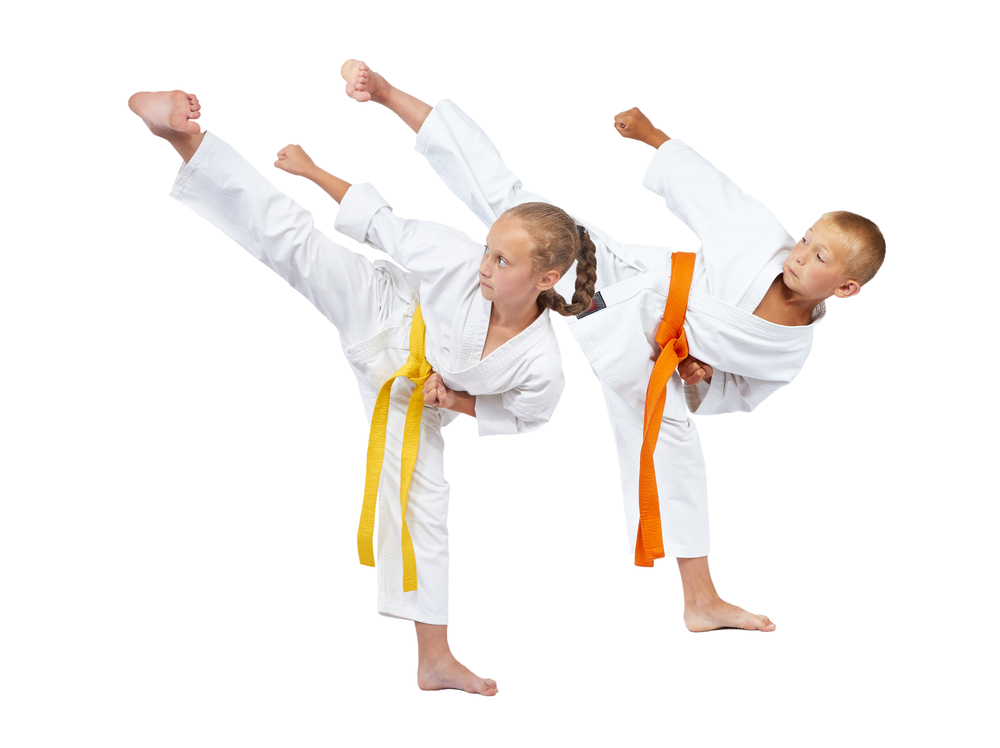 I’m a child of the 80’s, which means I’m a big fan of talking Trans Ams, arcade games and cheesy action movies.
And when it comes to fromage infested flicks, there’s none more lactose rich than The Karate Kid.
For the uninitiated, it’s the story of Daniel LaRusso, a young lad who’s torn away from everything he knows and loves, when his mum gets a job in another state.
His new life gets off to a wobbly start when he falls foul of bullies from the local karate school.
Enter Mr. Miyagi, a mild mannered janitor and, as luck would have it, karate genius who agrees to train him.
This kick starts Daniel’s transformation from punch bag to martial arts wunderkind.
Now imagine for a moment that, instead of a classic teen actioner, The Karate Kid was in fact a case study for Mr. Miyagi’s school of karate.

As a piece of marketing material it would be damn persuasive.

Any aspiring martial artist would be hard pressed, not to want to be trained by the great Kasuke Miyagi.
Because like every kick ass case study, The Karate Kid has all the elements needed to be highly influential with its target market.
Let’s look at what they are.

While the movie showcases Mr. Miyagi’s talents, it’s not his story. It’s Daniel’s.
What makes The Karate Kid so compelling is Daniel’s journey from lonely new boy to All Valley’s karate champion.
That’s not to say that Myagi’s role isn’t important, it is (more on that later). But as a viewer, Daniel’s story is the one we relate to. He is our hero because in many ways, he is us. And when we see the action from his perspective, it draws us in.
This is an important distinction. While it can feel logical that your case studies should be about you, to tell the story from your perspective would be a misstep.

Kick ass case studies put your client at the heart of the action. It is this that gives them their impact because it’s your client’s perspective that will be most meaningful to your reader.

That’s not to say that you don’t play an important role. Far from it.
You are the liberator that comes to save the day. To raise the hero out of their funk and deliver them to the life they aspire to.
Does putting your client at the heart of the action make you an less influential? Absolutely not. In fact, it could be argued that it makes you even more so.
As we shall see.

In his book Story: Style, Structure, Substance and the Principles of Screenwriting, award winning author Robert McKee explains that the one essential ingredient in all great stories is conflict.
Without it, movies would be as dull as dishwater.
If Daniel’s new life in Reseda was plain sailing, it wouldn’t make a very interesting film.
His story enthrals us because it’s about a guy dispossessed. He has pretty much lost everything. His home, his friends, his life.
He yearns for the familiar but is forced to become a stranger in a strange place.
Even if we can’t identify with everything he’s going through, we can certainly relate to some of it. The feeling of being alone, the challenge of making new friends, the loss of loved ones and the pain of being bullied.
We can’t help but be drawn into his struggle and root for a happy outcome. In a way, we are rooting for ourselves.
Kick ass case studies do the same thing.

A good case study sets out at the very beginning what your client wanted to achieve and then outlines the reasons they were struggling to achieve it.

Like Daniel’s story, the conflict comes from the ways in which your client’s goals are thwarted and the anxiety this causes. The film also ups the ante by putting a short deadline on the need for resolution.
Daniel isn’t just learning to defend himself. He has committed to defeating his tormenter at a karate competition, which is to take place in only a few weeks. Worse, the entire town will be there.
The stakes couldn’t be higher and the higher the stakes in your case studies, the more engaging they will be.

Becoming a karate master doesn’t happen overnight. It takes years of dedication. And while Daniel’s journey is important, showing his training in its entirety would make for a very long and very boring film.
The Karate Kid’s scriptwriters knew this, so they concentrated on key aspects. Which is why we get a feel for what it’s like to train with Miyagi.
His values, principles and style. In stark contrast to his nemesis, the brutal John Kreese, who runs the opposing karate school, Miyagi is more spiritual and centred. He is strict, yes, but also compassionate.
We also get a feel for his process.
There a few lines from any 80’s film more memorable than ‘wax on, wax off’. What seems like a ruse to get Daniel painting his mentor’s fence and polishing his car, soon translates into key karate moves that enable him to master the art quickly.
Then there is The Crane. The jewel in Miyagi’s repertoire that enables Daniel to win the match, despite having a broken leg.
The lesson here?

Kick ass case studies don’t bore the reader with every feature that your product or service provides.

A well-designed solution outlines the following:

Ultimately, these aspects of your business help inform your key differentiators.
They are the characteristics that set you apart from the rest of the market and make you a perfect partner to people suffering similar issues or wanting to achieve similar goals.

The climax of the movie is critical.
Having followed Daniel through his trials and tribulations, the karate contest is the payoff for both his character and for us.
That final kick in the championship match is far more than the knockout blow and goes much deeper than simply winning the contest.
It marks Daniel’s triumph over adversity and the achievement of his most important goals. Acceptance from the local community, overcoming the bullies and of course, getting the girl.
We come away from the film thinking that anything is possible, especially if we have Mr. Miyagi in our corner.
Kick ass case studies do the same thing.

Rather than just outlining the result of your work with your client, a compelling case study demonstrates why the result was meaningful.

It shows the impact of your work together and paints a clear picture of what their life is like, now that they have worked with you.

Ready to Hit the Pavement?

Compelling and effective business case studies are a great way to engage the hearts and minds of your prospective clients.
However, to get your market’s buy in, you need to get your client’s perspective on your work together and that means sitting down and talking to them.
Only they can tell you their story.
And in the next post I’ll walk you through our interview process, so you too can work with your clients to craft kick ass case studies.

Unleash the Power of Your Case Studies

We are developing a simple tool that will help you to quickly transform your case studies into high impact, prospect pulling, mean machines.
It’s called the Case Study Audit and it will be ready soon. Click here and we will send you your complimentary copy as it’s ready.
This is an updated version of an article that first appeared on Mirasee.