Lesson from Brexit: How to Craft Campaigns that Inspire Action 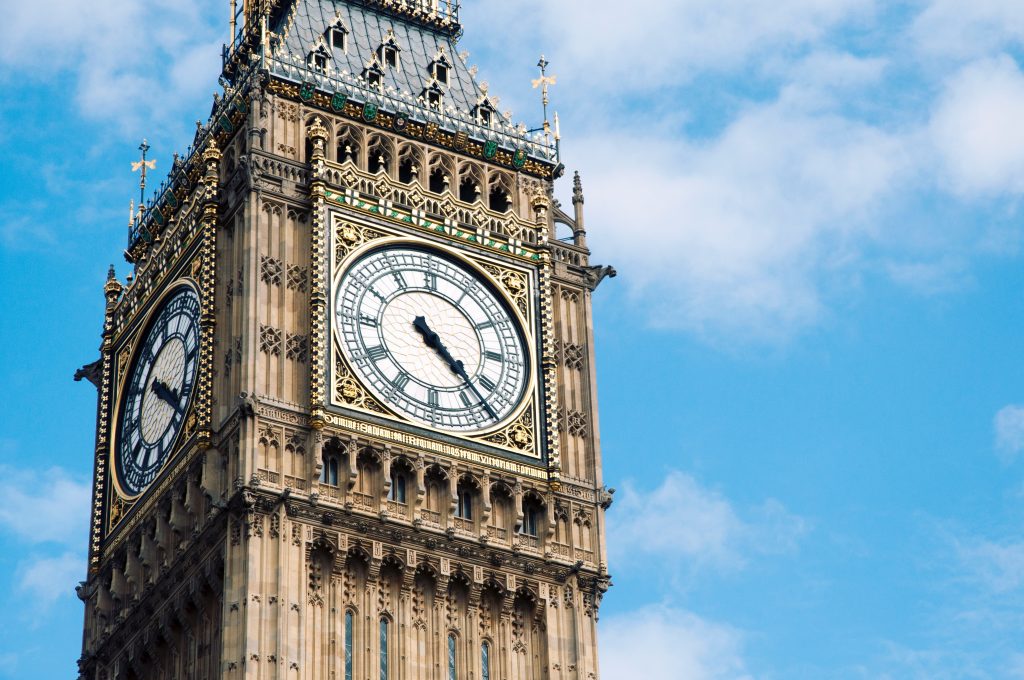 It’s been described as “the stupidest thing any country has done,” “a declaration of economic war upon ourselves,” and “a monumental act of self-harm.”

It’s a decision that could derail the economy, cost the UK £100s of billions in lost revenue, and put an unprecedented number of businesses and livelihoods at risk.

Yet, on the June 23, 2016, the majority of British voters (albeit a slim one) decided to leave the EU and close the door on nearly 50 years of close collaboration and free trade.

It’s still early to say what impact the decision will have in real terms. Today’s economic and social phenomena are typically the result of actions taken years in the past, so it’s unlikely we’ll feel the true aftereffects (positive or negative) of the vote for quite some time still.

As a 40-something Brit, born a year after the UK joined the European Economic Community (EEC), I’ve never known a world outside the EU. I’ve enjoyed the freedoms it’s granted me, and I must admit to being concerned about the repercussions of our decision as well as some of the darker undertones of the populist agenda that underpinned it.

But this is neither the time nor the place for political debate. It is, however, the perfect platform for exploring the secrets to compelling campaigning—and, as is the case of Brexit, what it takes to successfully convince people to take the action you want them to take.

As a PR man and content creator who’s in the business of persuading people to take action, I find myself pondering the Leave Campaign and asking one simple question: How did they do it?

How did they manage, beyond the expectations of even their biggest proponents, to convince the British voting public to pull the trigger on Brexit?

No matter how strong an argument for change, the status quo can exert an irresistible pull.

After all, it’s not unusual for people to say they will do one thing, only to do another—or do nothing at all—when the time comes to act.

That’s a lesson pollsters have had to learn the hard way.

So resistant are we to change that even if many Brits had been convinced of the Leave argument and decided to vote in its favor, it would not have been a surprise, once face-to-face with the ballot paper, had they gone on to vote Remain.

And although it’s true to say Euroscepticism was at an all-time high in 2016, leaving the club was not on people’s minds. The most common sentiment was that Britain should remain in the EU but that its powers should be stripped back.

More surprising than the result, perhaps, is the number of people who were inspired to take up the pencil.

As was reported by the BBC, “One of the most striking features of the EU referendum…was the substantial increase in turnout.”

Around 3 million more people voted that day than in the 2015 general election, an astonishing increase of about 7%. More interesting still, also noted in the BBC article, is “the greatest increases in turnout mostly occurred in those areas that delivered the biggest majorities for Leave.”

The Leave Campaign success is all the more incredible. They not only managed to usurp the relative safe haven of the status quo but also motivate those who usually abstain from being counted to vote.

How did the Leave Campaign do it—and by extension, what can we learn from this extraordinary example of compelling campaigning?

That’s an important question for anyone involved in sales or marketing.

When you consider that every buying decision is a vote for change—a change in circumstance, a change in supplier, a change in behavior—understanding how to facilitate that change, especially when so much stands in its way, is critical.

Although likes, reads and shares make us feel good, the real measure of a successful campaign is action. After all, likes don’t pay the bills. So, in addition to so-called “ego metrics,” content must also motivate positive affirmative action that results in revenue.

Affirmative action was critical for the Brexiteers. Anything less would have resulted in a very public defeat and potentially put a line under the European question once and for all.

To achieve their goal, they needed more than just nodding heads and social shares. They had to get people out of their armchairs and into polling stations.

They needed millions of crosses in the box marked “Leave.”

If there ever was a good example of why marketers must get under the skin of their audience, Brexit is it.

When you break down the critical elements that made the Leave Campaign a success, there’s no doubt they knew their audience back to front.

Component 1: A Shared Vision for the Future, Underpinned by Common Values

History teaches us there’s no better trigger for a popular revolt than a compelling cause.

But to create a compelling cause you first need a powerful vision—a shared ideal for the future that draws on the values of your audience and promises a world they aspire to live in.

And that’s exactly what the Brexiteers sought to create.

Drawing on nostalgia for a bygone era, those in charge of the Leave Campaign created a vivid vision for the country: Great Britain would be Great again. No longer hamstrung by a remote (and foreign) legislature, we would regain our sovereignty and, with it, our independence and the freedom to control our own destiny and borders.

That intent, driven by shared values of Britishness, resonated with huge swathes of the country for which immigration, globalization, and a loss of national identity were major concerns.

In sharp contrast, the Remain Campaign offered nothing with which to counteract the lure of Leave’s vision. Rather than a counter vision of unity and prosperity, they sold a story of economic calamity.

The plan was to scare people into action, but nobody really bought into it.

The NatCen survey concludes that “there was a greater sense of certainty about the impact of leaving the EU on immigration and independence, compared with impact on the economy.”

Component 2: An Acute Awareness and Empathy for Your Audience’s Current Situation

People act according to their own self-interests. So it’s no surprise when they gravitate toward and follow those who they feel have their best interests at heart.

That pull becomes more acute when people are faced with problems they feel they can’t solve on their own.

More tellingly, the study found that “participants who agreed that ‘politicians don’t listen to people like me’ were significantly more likely to vote Leave.”

Leave messaging demonstrated an acute awareness and empathy for the concerns that weighed heavy on the target audiences’ minds.

Campaign videos and posters leaned into images of a failing health service, a country overrun by immigrants, and the housing crisis. They didn’t speak just to the fears and concerns of the electorate; they confirmed a keen awareness for what the audience’s lives were actually like.

Leave campaigners clearly described their current situation and showed a deep solidarity for why it was not OK—something successive governments had failed to do.

Suddenly the disempowered and disenfranchised had a champion: people in power who understood what they were going through and could put things right.

Once again, the Remain Campaign was found wanting. You could argue that the scare-mongering had exactly the opposite effect: It emboldened voters who saw voting Leave as a way of upsetting the status quo and resetting the world in their favor.

Component 3: A Root Cause That Resonates

Every movement needs a bad guy. A bogeyman you can position as the root cause of your audience’s problems is something that clearly connects with the pain they’re experiencing in the present moment.

For some, sugar is the enemy. For others, it’s salt. For the Brexiteers, it was the EU.

Having so clearly captured the concerns of their audience, the Leave Campaign’s next job was to establish the EU as the Big Bad, something it did with relish.

Freedom of Movement, the cornerstone of the European ideal, was an easy culprit for uncontrolled immigration, the erosion of British values, and the unsustainable pressure on the National Health Service (NHS).

The corrosion of our independence and sovereignty was blamed on a remote legislature with powers inexorably on the rise.

Then there was the matter of the huge sums of money leaving the UK to line the pockets of the EU’s unelected Eurocrats.

The £350m would be so much better spent on our ailing NHS, the Leave Campaign argued Brits were giving away money for which we enjoyed no obvious benefit, and it was therefore being wasted. More Fat Cats were taking advantage of real people.

The Remain Campaign tried to counter with its own big numbers: job losses, the negative impact on the economy that could run into the billions of pounds, and a currency thrown into free fall.

But those intangible, incomprehensibly big figures could not compete with the very real challenges felt by ordinary people for whom the world of finance had little bearing on their daily lives.

Running a marathon. Writing your first novel. Building an online audience of avid fans. Those are all huge undertakings that require hard work, determination, and dedication.

Lay out the enormity of effort involved in completing any one of these tasks up front, and few would likely take on the challenge.

But give someone some simple behaviors they can follow that will quickly deliver demonstrable results, and they are more likely to put in the effort.

People like quick wins. All the more so when they are easy wins, too.

As is becoming abundantly clear, the road to Brexit is neither quick nor easy. It is fraught with complexity, confusion, and complication.

The claim made by one leading Brexiteer, that striking a new trade deal with the EU will be “one of the easiest in human history,” will go down in history alongside “home by Christmas” as we come to realize the woeful inadequacy of the two-year timescale.

Already over halfway through the process, we’ve only recently cleared the first hurdle, and there are many more to come.

None of that mattered in the lead-up to the Referendum.

The right to take control of our borders, the end of the freedom of movement, and the promise of £350 million diverted from Europe and available to spend on the NHS sealed the deal.

Voters simply connected the dots. They could clearly see how their actions would deliver the vision set out by the Brexiteers.

All Remain had to offer was more of the same: business as usual.

Suddenly, there was an answer to all their frustrations, and Brexit was the lever they had to pull that would make everything right.

So, they pulled it.